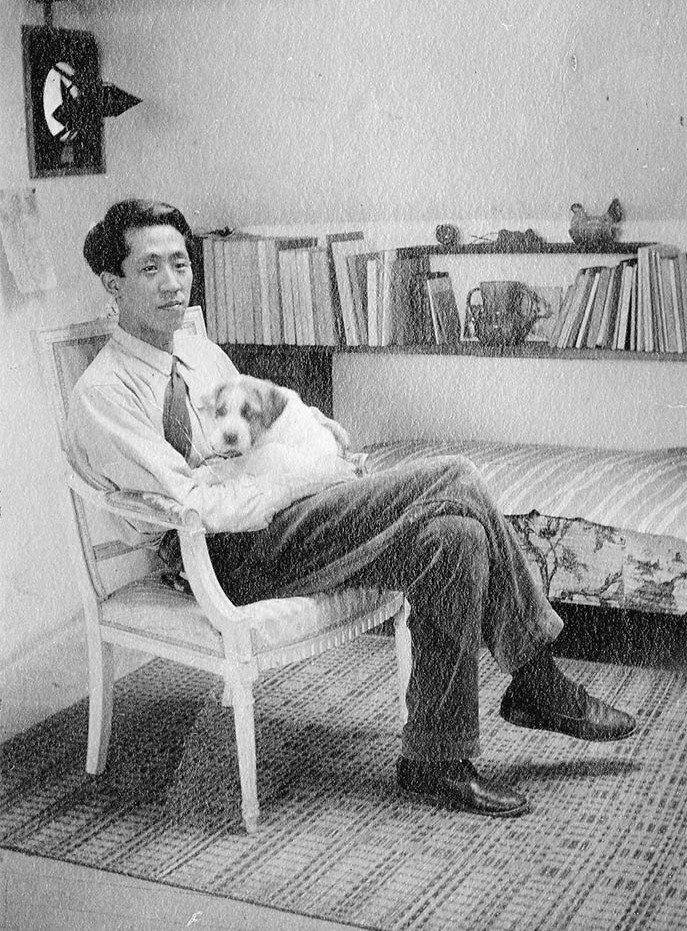 Foujita was happy to introduce the young Bando to Parisian life, his friends, and his dealer, Georges Chéron. In return, Bando had a great admiration for his elder, with whom he had the privilege to share a studio located at 5, Rue Delambre where, at the time, Foujita was living with his wife, the artist Fernande Barrey, who knew Montparnasse like the back of her hand.

Although a much more reserved man than Foujita, Bando’s natural elegance, charm, and impressive stature would endear the many people, friends and models alike, who visited Foujita’s studio. His first exhibition at Chéron left a strong impression on Montparnasse and the Paris critics. Up until 1925, Bando occupied several studios in the neighbourhood after sharing Foujita’s: 23, Rue Oudinot; 20, bis Rue Boissonade; 207, Boulevard Raspail, and 22, Rue Daguerre, where the owner, Madame Mongeot, modelled for him and protected him. 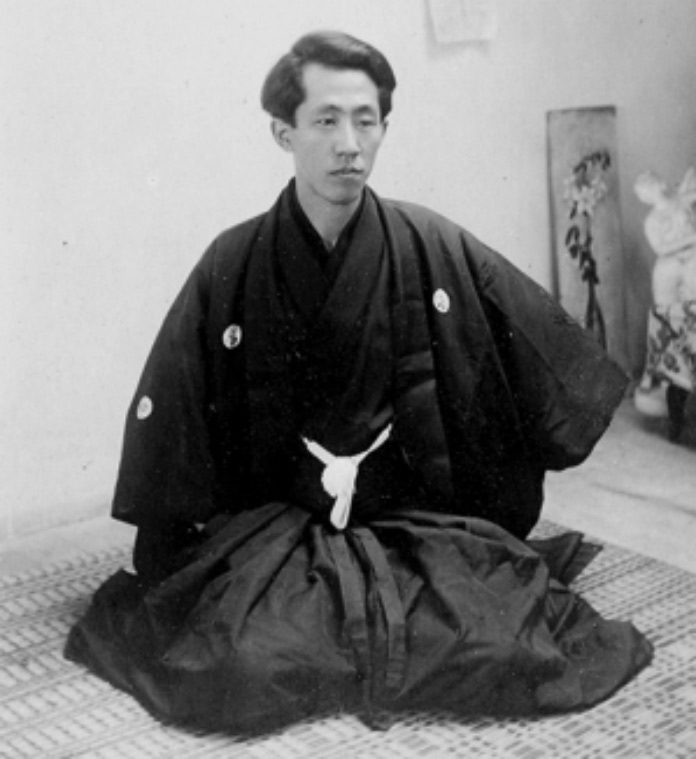 In 1938, he started renting a studio in Paris, at 23, Boulevard Gouvion Saint-Cyr, then in Saint-Denis, at 15, Rue Denfert-Rochereau until 1940, where he moved back to Paris and settled at 13, Rue Nicolo, a house he kept until his death. These moves in no way disrupted his art, whose style and manner only slightly shifted over fifty years. He had the good fortune to father a girl, Kimié, who also became an artist. 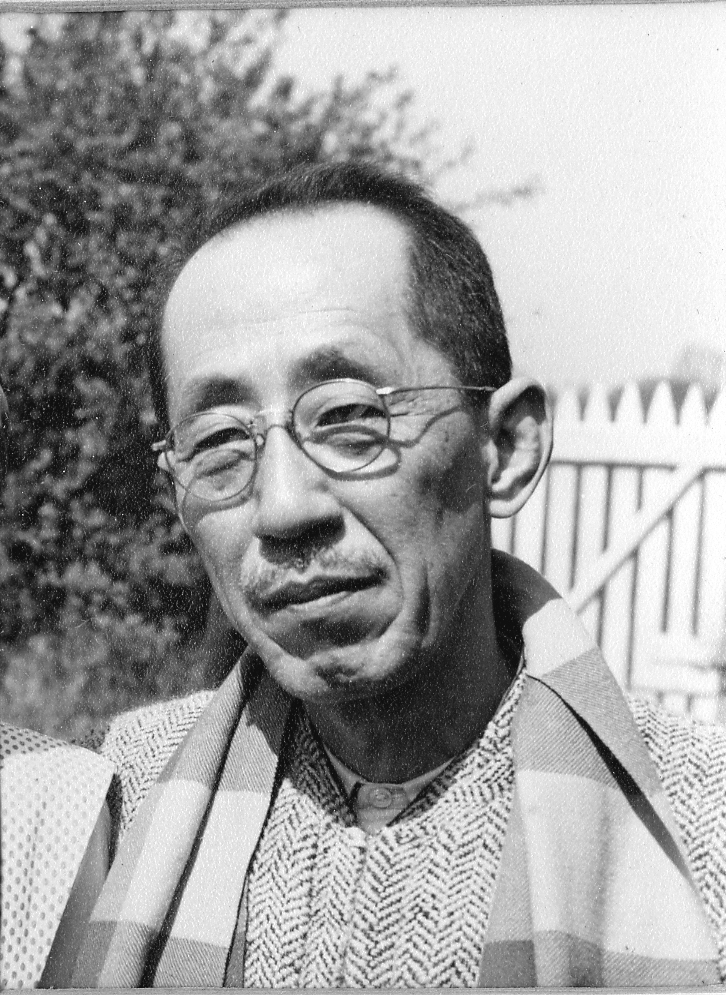 To explore the universe of Toshio Bando is to visit an intimate world, elegant and fascinating, one the artist was as fond of as he was of his homeland, Japan. His repertoire is a world of proximity made up of objects, characters and landscapes that compose a close environment, feeding his inspiration and his solitary meditation practice.

The painter’s oeuvre is housed in several private collections and museums; his great discretion helped to keep it almost secret. Like a hermit, contemplating the passing of days, Bando favoured family life over worldliness. After the death of Georges Chéron, his historic dealer, he chose to become an independent artist again.

Toshio Bando was born on July 16, 1895 in Tokushima, Japan. The descendent of two samurai bloodlines, he prided himself on his ancestors, from whom he inherited righteousness and generosity. Tamotsu was his civil registry name, the son of Bando Yasutaro and Nomura Saki. He arrived in Paris in July of 1922, and settled in the Latin Quarter, first at the Hôtel de Nice and then the Rue des Beaux-Arts, before moving to Montparnasse, where he met Tsuguharu Foujita, whom he was referred to. Foujita, who had been in Paris for ten years, was a well-known member of the Salon d’Automne and was admired by the artists of Montparnasse. The two painters became fast friends. 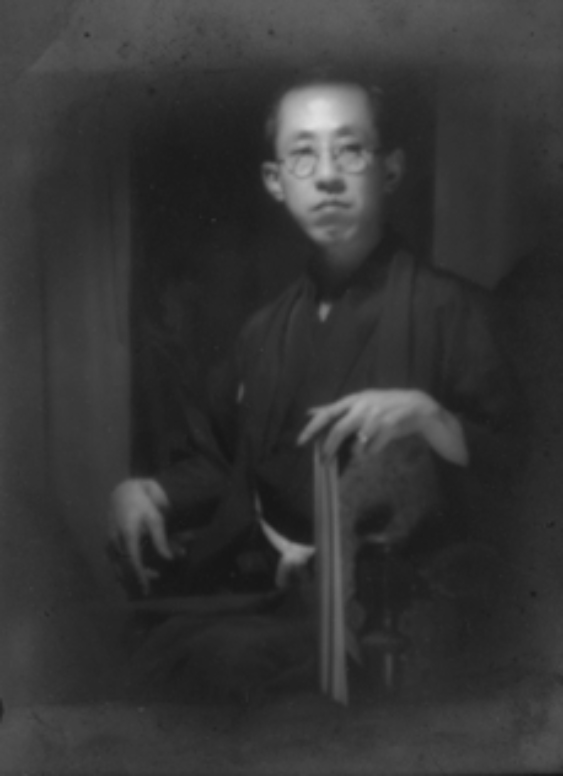 In 1925, Bando finally moved to the much quieter Pierrefitte-sur-Seine, at 19, Rue de la Fontaine. In 1931, he moved into a house in Garré-Villette, in the Yvelines, which remained his until his death. Married to a younger French pianist, Bando led a studious and calm life, even more so after losing his dealer Georges Chéron in 1931. 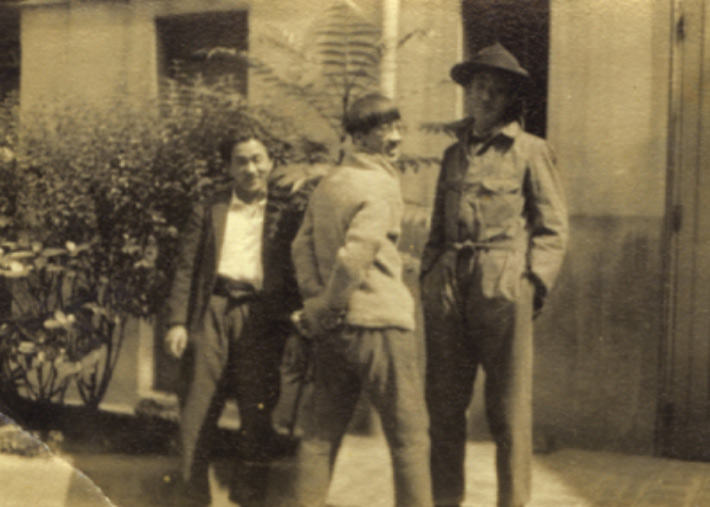 On Christmas Day, 1972, Bando fell in the staircase of his Paris home, a dramatic fall he did not heal from, and finally succumbed to a few months later, March 1, 1973.

Bando is buried in the Père Lachaise Cemetary, next to his spouse, who passed away in 1994.

Toshio Bando belongs to the School of Paris, a great family of cosmopolitan artists, from Montmartre to Montparnasse, who exhibited at the Salon d’Automne, the Salon des Tuileries, and the Salon des Indépendants, landscapes, portraits, and intimate scenes rendered in an individual and resolutely modern style; the School of Paris solidified the metropolis as the undisputed art capital of the world.
Bando was, like Foujita, one of the very few Japanese artists who built their career in Paris.

Between the World Wars, hundreds of Japanese artists studied in Paris before returning to their native country, but Bando, as well as Foujita, unique examples of permanent integration, one that is chosen and sublimated, created their art in Paris and in France, their adopted homeland.